When someone has a diagnosis of a disease it doesn’t only impact on you as the patient but frequently on a wider circle of friends and family.  One of the Dare 2 ladies, Denise has a niece who even though she is young was affected by the cancer diagnosis and treatment.  Denise had the full works of chemotherapy and radiotherapy, there are still side effects from this and she is mindful about looking after herself.  She is even more mindful about looking out for others in her job where she deals with bereavement in the kindest way possible.  Young Grace, a Brownie, had grown her hair long enough to have it chopped off and donate it to charity – she raised £200 for the Primrose Foundation and will be awarded a charity badge at Brownies. 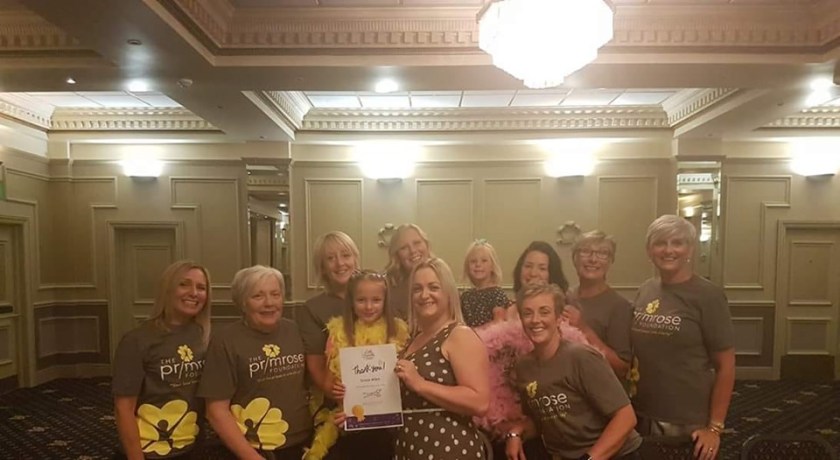 Some months ago I sent an email to the Sunday Times, tweaked it a bit and sent it to the Mail on Sunday as well.  As you know from a previous entry the Sunday Times ran the Dare 2 bare story under the banner of reasons to be cheerful and how 9 very different women had come together at a time of adversity.

I didn’t expect to hear anything from the editor of YOU magazine but I did.  Miranda, one of the editors emailed me back as she wanted more information about the group, what we had done last year and the plans for this September.  This culminated in a photoshoot which took place at the Duke of Cornwall hotel on 1st September.  A photographer from Bodmin, Emily Whitfield-Wicks Emily  had been commissioned to make us look glam.  To help her a hair stylist and make up artist also joined her.  We all met at 9am at the Duke – there was a lot of excitement.  The dancers:  Marie, Hellen, Joan, Denise, Kathryn, Catherine and Michelle all put their burlesque basques and can can costumes on.  Sally, who had been instrumental in coming up with the idea (along with Catherine) last year came along too.  We had all shared our individual stories and our part in the Dare 2 Bare ball and the journalist had been tasked to condense it all down to 2000 words.   We were primped and va va voomed with hairspray, products and lip gloss.  We were good to go.  Craig was the hair stylist who was so funny that he put us all at our ease.   We looked great.  Emily arranged us on chairs in the ballroom and on the stairs, Sally and I weren’t in costumes as neither of us are dancing this year.  I wore an evening gown and we both carried the feather fans from last year.  In some of the group photos we almost look like 2 groups but that is to allow for staples so we might be in the centre of the magazine.

The article will be in the magazine on 22nd September – just in time for a bit of additional PR for the ball on 28th.  It doesn’t matter a jot that the costumes will be seen in advance – there will be plenty of surprises on the night. If anything it will help with fundraising. The tensions which were starting to come to the fore will have subsided. The dancers are rehearsing weekly, the dance is coming on, we have some great auction prizes, lots of raffles, the seats are all sold, menus selected… I’ve written the script to be the hostess with the mostest and I’ve a big pair of shoes to step into as Judi Spiers and Shelley did it last year.  It will be alright on the night (fingers crossed). 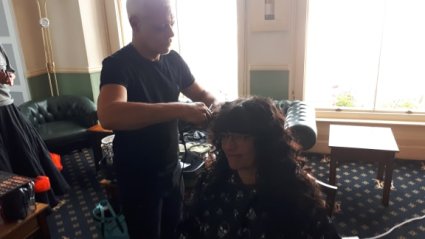 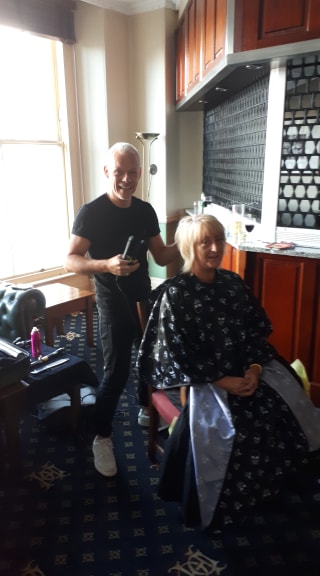