It is half term, the weather is dreich, there have been huge storms, large parts of the UK are under water and last night a lightening strike hit a house a couple of miles away and the roof caught fire.  Locusts in Africa, fires in Australia, flooding here… it feels a bit apocalyptic..

I haven’t written about Christmas, New Year or my new nipple yet and I suppose a blog doesn’t have to be chronological although for my ordered, non blue sky, way of thinking it should be.

Today I helped my mum (Sheena) sort out my dad’s (Sandy) belongings.  It was a family affair, Nick brought his tool kit to do some minor repairs to  a bathroom cabinet, Phoebe came to for support, Sheena had bought chocolate biscuits and I was supposed to bring bags for life (odd really given today’s job) to help sort Sandy’s clothes and I’d forgotten them.  When we arrived at the flat mum had already made a start and was a little distressed.  When I saw dad’s Fair Isle cardigan hanging up in the wardrobe I too became distressed.  This red, white and blue cardi, which was one of his favourites had become an “emotional bomb”.  I have stolen this term for a lady on Twitter who has just cleared her dad’s garage.  The morning was punctuated by rain outside and a tsunami of tears in, all I could say was “oh dear….”

We made a start.  Nick retreated to the bathroom then to an electrical shop to buy the bits make good the repair.  Phoebe, mum and I went through the wardrobe and sorted clothes into – charity shop donations, items to be sold and items to be kept or handed to specific people.  It was a hard morning as we sifted through a stack of Orvis shirts, a wide variety of clothes, suits, hats, fleeces.  Five bags were to go to St Lukes hospice shop including two large, green Aran sweaters which weighed a tonne (they may have been bought on a cruise holiday around the British Isles).  A couple of bags were sorted of items which could be sold – this was Phoebe’s domain and already she has photographed them, put them on various sites and had some interest in them. The Fair Isle cardigan has remained in the wardrobe with a favourite shirt and jacket.  It wasn’t hard labour it was the emotional bomb as we remembered dad wearing the cardigan as mum said he had really loved it.  He wore it when he was here for Christmas some 14 months ago, his last Christmas with us.

Once we’d cleared the space we then helped mum by sorting her bits and pieces out, moving summer clothes into the new space – the cardigan is there, nestled up against her summer dresses.

My dad is so much more than a cardigan, there are reminders of him everywhere in the flat, in our house, in our city, in me, my children, my brother and his children.  On Friday we pick up dad’s ashes but he is much more than that – physical remains may have diminished but emotional ones still burn bright.  It has been an emotional bomb of a day. 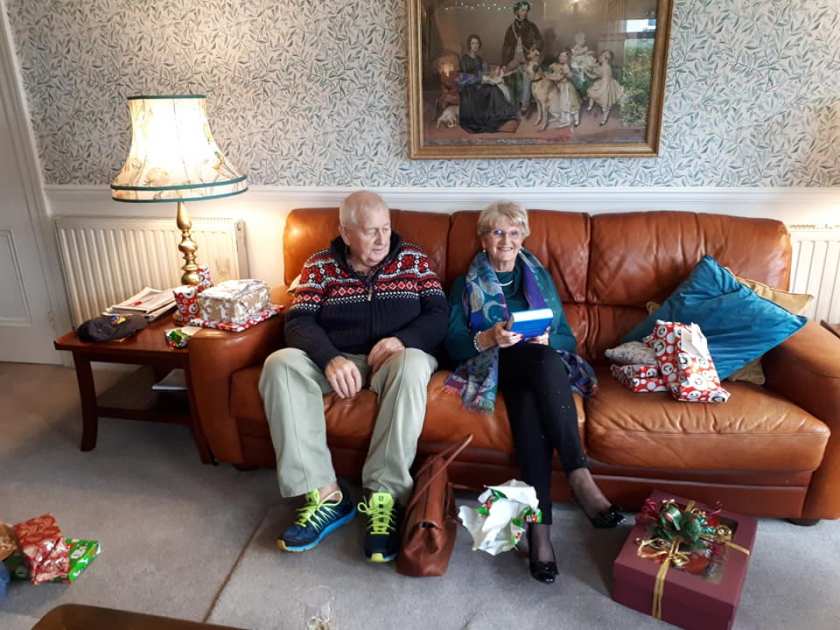 One thought on “101. A Fair Isle Cardigan (an emotional bomb)”